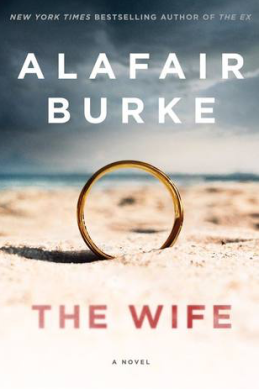 “His scandal. Her secret.

When Angela met Jason Powell while catering a dinner party in East Hampton, she assumed their romance would be a short-lived fling, like so many relationships between locals and summer visitors. To her surprise, Jason, a brilliant economics professor at NYU, had other plans, and they married the following summer. For Angela, the marriage turned out to be a chance to reboot her life. She and her son were finally able to move out of her mother’s home to Manhattan, where no one knew about her tragic past.

Six years later, thanks to a bestselling book and a growing media career, Jason has become a cultural lightning rod, placing Angela near the spotlight she worked so carefully to avoid. When a college intern makes an accusation against Jason, and another woman, Kerry Lynch, comes forward with an even more troubling allegation, their perfect life begins to unravel. Jason insists he is innocent, and Angela believes him. But when Kerry disappears, Angela is forced to take a closer look at the man she married. And when she is asked to defend Jason in court, she realizes that her loyalty to her husband could unearth old secrets.”

Angela Powell is dealing with the disturbing allegations against her husband who is a prolific economist and writer. She doesn’t want any media attention on herself or her son, due to their past which she has kept secret from everyone except for a few select people in her life.

It seems that Angela will do anything to protect her husband. She lies on his behalf, not just to others but to herself, and tries to help him cover his tracks when police start investigating their lives. This seems like a plausible thing for a wife to do for her husband, to defend him and stand by him, and yet privately Angela has reservations about Jason based on his past behavior. As more details about Angela and Jason’s past is revealed, the reader also begins to question him and his innocence. Complications in the cases against Jason only raise more questions and soon Angela can no longer defend him.

“We both thought we had our secret, and we’d go on. But now the dangers of an ‘unspoken understanding’ were clear. There had been no understanding at all. We had no meeting of the minds.”

When I started writing this review it was going to contain spoilers. However, since finishing the book I have decided to omit spoilers because of the ending. It was shocking and explosive and I really don’t want to give anything away. I will say that it was satisfying and answered all the questions I had while reading. This book should be made into a movie because it was just that good.

This is the second Alafair Burke book I have read so far this year. A few months ago I won a Goodreads giveaway of her newest novel The Better Sister and devoured it. Since reading The Wife I have determined that Burke’s work is consistent and reliable and I have thoroughly enjoyed both of these books. She has quickly become one of my favorite writers and I can’t wait to read more of her work.

2 thoughts on “The Wife by Alafair Burke”