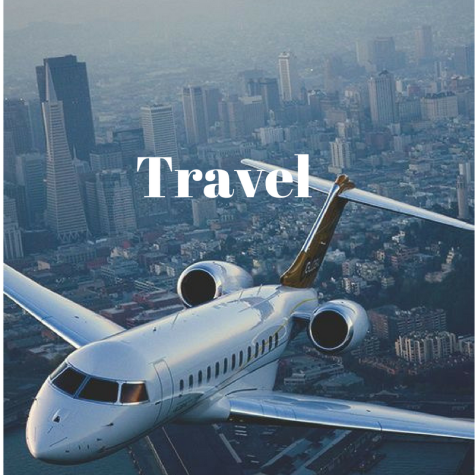 We have had two wonderful trips to San Francisco in the last year. It occurred to me recently, while reminiscing about our trips (and daydreaming about going back) that I never properly shared photos of our adventures in the Bay Area!  I decided now was as good a time as any to share my favorite photos from both trips, taken in March and November respectively. Enjoy!

First up, San Francisco in March: 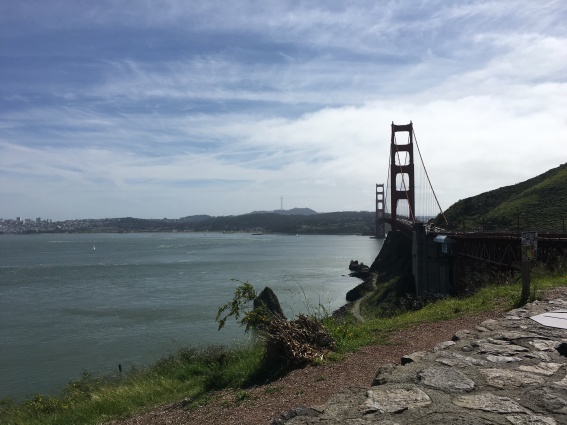 This was our first trip to San Francisco. The first thing we did when we arrived was go to the Golden Gate Bridge. We didn’t plan to walk across the whole thing, but… 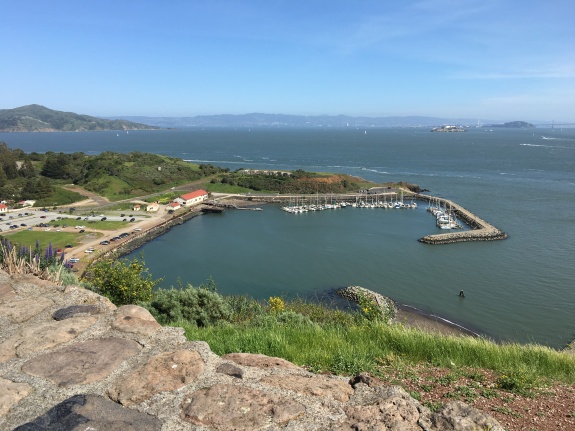 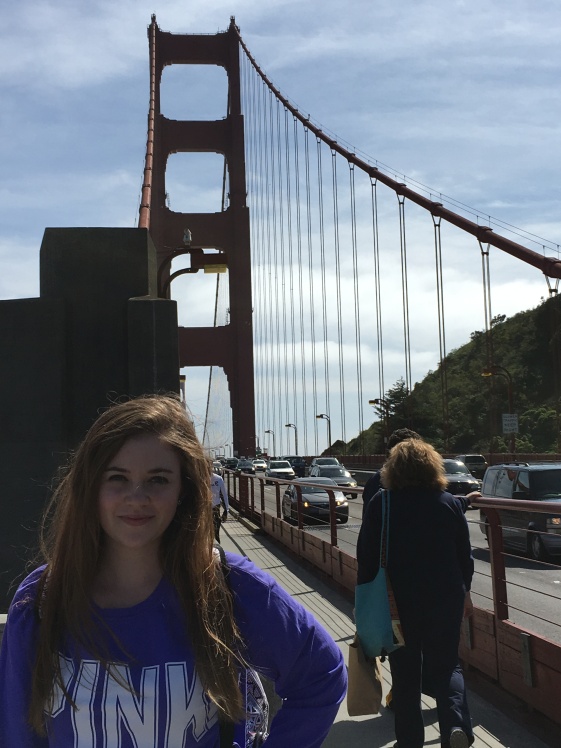 We did! It was terrifying and fun. The cars were driving so fast just feet away and that is mostly what made it so scary. That, and the icy deep dark waters below. If you don’t have too bad a fear of height, though, I would really recommend doing it!

We stayed at the Palace Hotel in Union Square. It was beautiful inside and out. If you’re looking for a good hotel right in the heart of Union Square, you cannot go wrong with this one.

There were side doors on the hotel that opened out to the street, so you could pop in and out at any time. This door was straight across from a Starbucks! 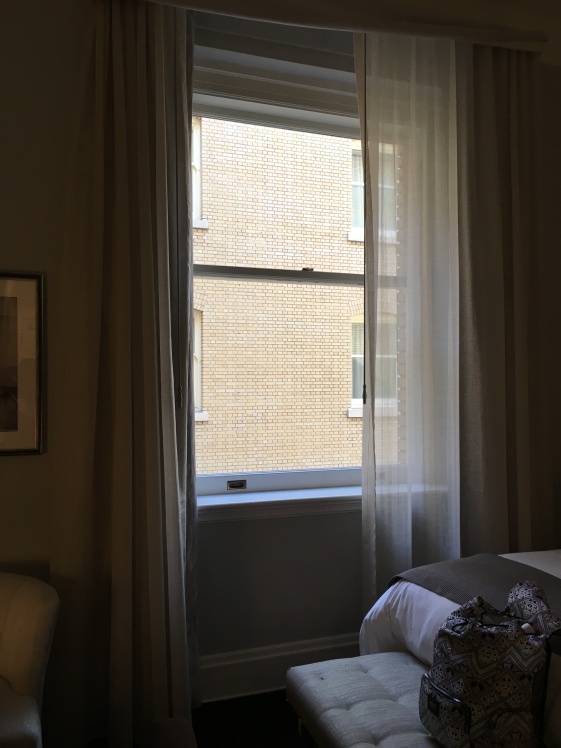 The window of our hotel room looked out on a wall, which I thought was funny.

We knew the hills in SF would be steep, but I didn’t know that mean verging on ninety-degrees steep. You might think they look doable, but we would get a third of the way up one of those bad boys and have to pause hard and catch our breath before we could go on. The good news: both trips to SF, I lost weight from all the walking!

In the photo above, it’s kind of hard to see but the red car on the left was a Tesla, plugged into the house, and charging. Only in San Francisco!

We of course had to stop at the Full House house on Broderick Street. The house has since been bought by the creator of the show and painted back to its original colors. The former owners planted trees, repainted the entire house, and installed a gate in front of the stairs so that people wouldn’t recognize the house. It didn’t work! There was a crowd of people there when we were, and more arriving every few minutes. 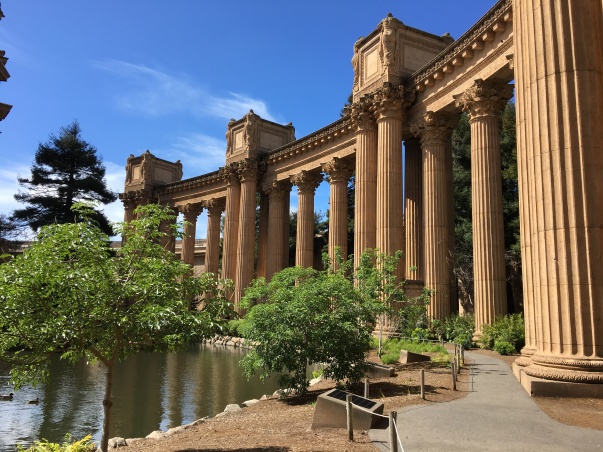 The Palace of Fine Arts at the Marina was gorgeous to walk through. 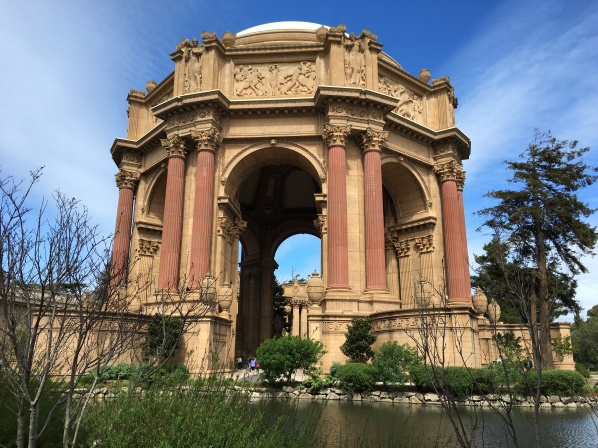 Fisherman’s Wharf was a little touristy for my taste, but those seals were hilarious to watch. When not sleeping, they were fighting for space on the little docks.

We rode the famous trolleys all the way to the end of the line, where the conductors stop and let you take pictures with the cars. I was channeling my inner DJ circa season six of Full House. Did it work?

Nothing worse than having to leave, amirate??

Luckily…we got to go back!

Next up, San Francisco in November:

On our second trip, this time in the fall, we arrived just in time for all of the holiday decorations to be up. There were giant Christmas trees in the parks, lights on all the windows, and even though it was cold and rainy it felt warm and cozy. We stayed at a hotel in the financial district near China Town this time, so we weren’t right smack in the middle of Union Square again.

I will never get over how unique the designs on some of these buildings are!

We rode the ferry from Fisherman’s Wharf to Sausalito and Tiburon. It was the first time either of us had been on a ferry (we have been on smaller boats before) and we were surprised at how fast it was moving. That ferry hauled you-know-what across the bay and got to Sausalito in no time at all. Although we didn’t get to explore the little town, it’s back on our list of places to return to next time.

It was freezing! At the time it felt so good (because we are from Phoenix) but looking back it was so cold and I don’t know how either of us survived that day without proper coats. Must have been the adrenaline of new adventures! We were the only ones out on the deck at one point, as all the other passengers were huddled inside away from the windows. We were standing at the front of the ferry just taking in the breeze, watching the docs come closer, just living our best lives, okay?

We got off the ferry at Tiburon and walked around a little and explored. It was such a sweet little town and it reminded me of Stars Hollow! 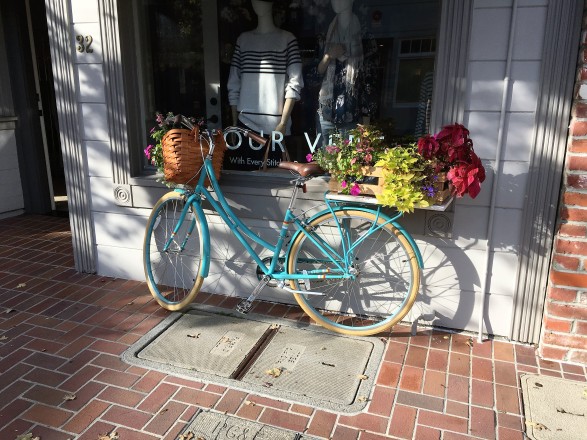 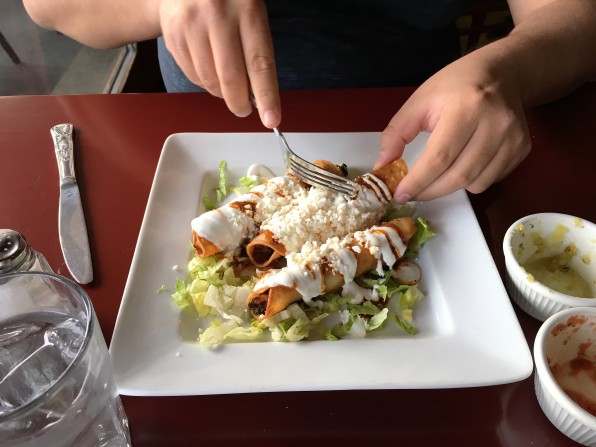 There was also a great little Mexican restaurant at Tiburon where we stopped as we waited for the next ferry to take us back to the city.

We definitely took less photos on the second trip, but that was mostly because we felt like  locals by then and didn’t feel the need to act all that touristy.

Both trips were wonderful and so fun. It’s safe to say San Francisco is our new favorite city, and we cannot wait to go back 🙂 ❤

One thought on “From the Archives…”